I keep thinking about the age-old philosophical question: do the ends justify the means? Does a good outcome excuse any means to attain it? Many people certainly seem to think so. While I can imagine situations in which I would be tempted to use immoral means to achieve moral results, if I did, I believe I would compromise my integrity. But the more I think about this question, the more I realize that the answer isn’t that simple.

On Christmas day, I read Martin Luther King, Jr.’s Christmas sermon on peace. In that sermon, he said that if we are to have peace in the world, “ends and means must cohere.” To cohere is to hold together, to be united, to be logically consistent. Cohesion is integrity, the state of being whole and undivided.

I question whether you can maintain your integrity if the means and ends do not cohere. Does anyone admire a hypocrite? Jesus certainly didn’t. Hypocrisy is pretending to be virtuous while concealing or hiding your real flawed character. You could say that a hypocrite’s actions (the means) do not cohere with the moral standards or beliefs (the ends) that they pretend to have.

Politicians often act as if ends justify means. Gerrymandering and voter suppression are seen as legitimate means to acquire political power. Conservatives who were once very concerned about morality now excuse the amoral behavior of the man who promised to nominate conservative justices to the Supreme Court.

When I see people try to justify immoral means such as dishonesty or cheating with the results of their actions, I conclude that they lack a moral compass. A moral compass should guide a person to ethical behavior. But I have to admit that we don’t all agree on what constitutes moral or ethical behavior.

Why don’t we agree on what constitutes moral behavior? Where do moral values come from? Many people think that religion is the source of moral values yet non-religious people have moral values. In 5 Inherent Values We’re Born With, Dr. Tom Muha writes that according to Jonathan Haidt, human beings are born with five moral values:

As adults, most people still believe that the first two moral values are important. But almost half reject the last three. In Haidt’s TED Talk on the Moral Roots of Liberals and Conservatives, he says that moral arguments and political differences tend to focus on the last three values.

Politically, I think of myself as a moderate. For me, in-group loyalty is not an important value. I don’t belong to a political party. I am not blindly loyal. I do believe in cooperating and helping other people succeed if I believe in the rightness of what they are doing. In the same way, I respect the authority of moral people and I don’t respect immoral leaders.

Haidt concludes that if you want to change people, rather than trying to prove that you are right, “step out of the moral matrix” and try to see that we are all engaged in a struggle in which everyone thinks they are right and everyone has reasons for doing what they’re doing. I agree that it is good to try to understand the moral reasoning of other people and also to recognize that you cannot change them.

But back to the question of whether the ends justify the means. In his Christmas sermon, MLK, Jr. said something that I think is profound and worth repeating. The means represent the ideal in the making. The means are like a seed growing into a tree or like a tree producing fruit. You can’t achieve good ends through evil means. This conclusion is consistent with the teachings of Jesus. A good tree cannot bear bad fruit, and a bad tree cannot bear good fruit. The ends and means must cohere.

So, if you’re seeking to develop a just society, they say, the important thing is to get there, and the means are really unimportant; any means will do so long as they get you there—they may be violent, they may be untruthful means; they may even be unjust means to a just end. There have been those who have argued this throughout history. But we will never have peace in the world until men everywhere recognize that ends are not cut off from means, because the means represent the ideal in the making, and the end in process, and ultimately you can’t reach good ends through evil means, because the means represent the seed and the end represents the tree.

Photo by Macu ic on Unsplash 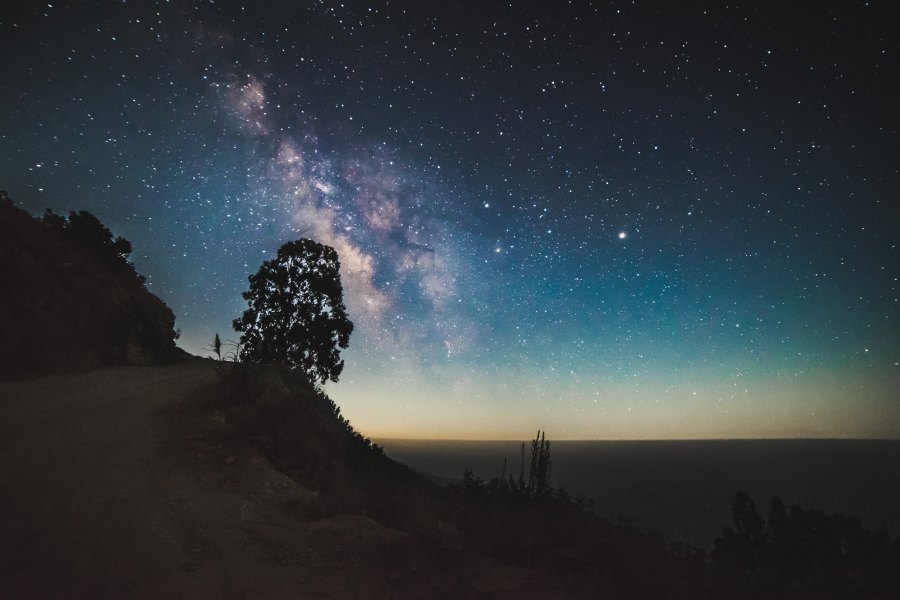 Of all the Christmas songs I sing, Away in a Manger speaks to my soul, like a prayer, especially the last two verses.

Be near me, Lord Jesus
I ask Thee to stay
Close by me forever
And love me, I pray

Come Lord Jesus, come. Be near me. I need you, Lord, I need you.

Be near me, Lord Jesus, my Savior. Watch over me. Walk with me. Talk with me. I hear your voice and I feel your presence and I am comforted. You are with me. Stay close by me forever.

Carry me on your shoulders when I am weary. Lift me up when I am feeling down. When I am tossed about by the storms of life, calm the raging sea.

Lord, you are my rock and my redeemer, my best friend. You are the Way, the Truth and the Life. In you I found grace and truth. Show me your ways. Teach me your paths. Light my path and keep me from falling.

Lord, you are the Light of the world, love’s pure Light. Light shines in the darkness and darkness cannot overcome it. Lord, you have given me the light of life and because of you, I never have to walk in darkness again.

Lamb of God, you came into the world as a little baby. I came to you as a little child and found your love. And as a child, I learned to sing:

Bless all the dear children in my family.

Bless all the dear children, all over the world.

Be near me, Lord Jesus. I ask thee to stay, close by me forever and love me, I pray. Bless all the dear children in thy tender care. And take us to heaven, to live with thee there. 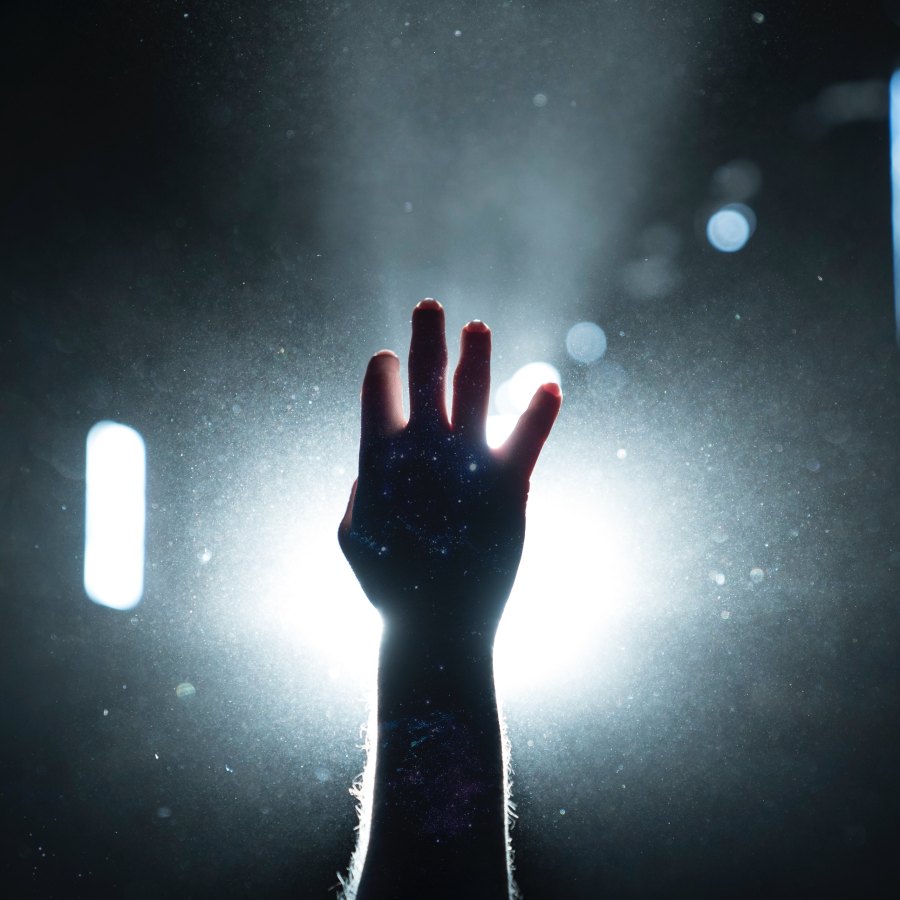 I beat myself up for my failures and shortcomings. I wish I were perfect and that I never made mistakes. I compare myself to other people and find myself lacking in something. I don’t measure up. I worry about what people think of me.

God, remind me once again just who I am because I need to know.

I say I am unlovable. You say I am beloved.

I say I am alone. You say you are with me. You will never leave me.

I say I am weak. You say I am strong.

Photo by Kyle Johnson on Unsplash 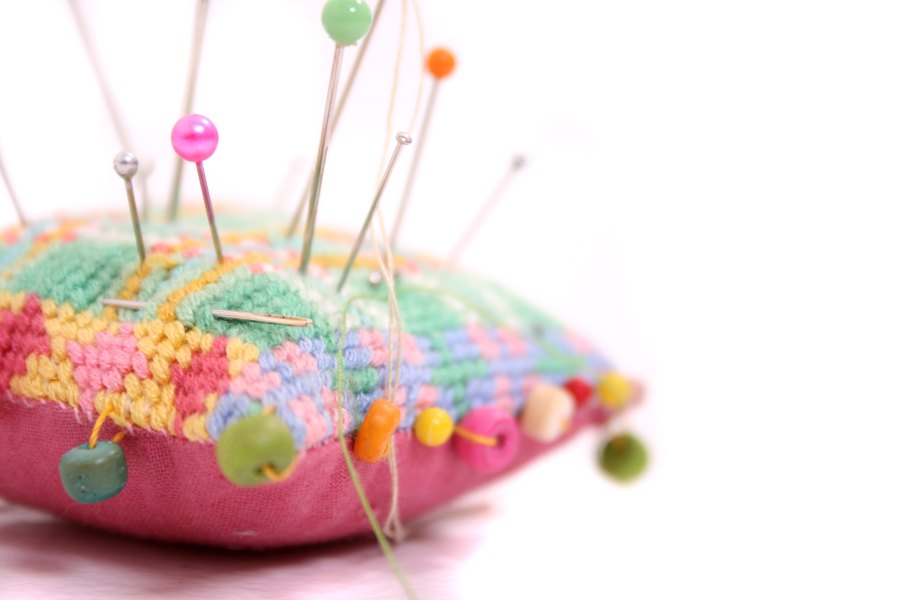 Before December even started, I was already feeling anxious about my  busy season as an accountant, which begins January 1st. There is so much to do! I worry about meeting reporting deadlines and I worry that something important will fall through the cracks. I have the kind of anxiety that keeps me awake at night.

In reading the Sunday paper last week, I learned a new word for that familiar feeling of agitation. In an article on the economy, Jared Bernstein wrote: “The stock market is clearly on shpilkes (Yiddish for “pins and needles”)…” Bernstein tried to explain what is going on with economy and not how to prevent shpilkes.  Nevertheless, I found some hints between the lines.

Bernstein reminded me of the importance of having the right perspective. Sometimes we blow things out of proportion. Sometimes we worry too much about the future because things aren’t going smoothly now. Sometimes we can’t see clearly because we’re listening to people who don’t know what they’re talking about. Keep things in perspective. Don’t overreact. Check the facts.

A little article about the economy reminded me how important it is to filter out the noise. Bernstein writes, “Go ahead and watch the roller coaster if you must, but if it makes you sick, don’t say I didn’t warn you.” There is no point in worrying about things you can’t control. If you filter out the noise, then you can focus on what you can control. You can arm yourself with useful information. You can be rational and proactive not just reactive.

In my job, the best strategy for reducing anxiety is planning and preparation. I reduce my worries of missing something important by making checklists of my tasks and their due dates. I am doing whatever I can ahead of time.

Preparation is huge but I cannot prepare myself for everything. Unexpected things happen. In July, my coworker resigned. I had no idea he was thinking of leaving. We have a small office so I had to pick up half his responsibilities until we hired a replacement. Being flexible helped me make the best of a stressful situation. I looked at it as an opportunity to learn something new.

When I am trying to juggle too many things, I get frazzled and overwhelmed. Last year, I found it stressful when auditors interrupted my work with requests for information. As annoying as it is, being audited is part of my job. I don’t like to admit that I either need help or I need more time. I am learning that there is no shame in asking for help. It’s a lot easier to share the burden.

Looking back at the most stressful moments of last year, I can see that sometimes I forgot to take a deep breath and a moment to relax and refresh my mind. I was too focused on how much I needed to do. I didn’t take advantage of the power in the pause. 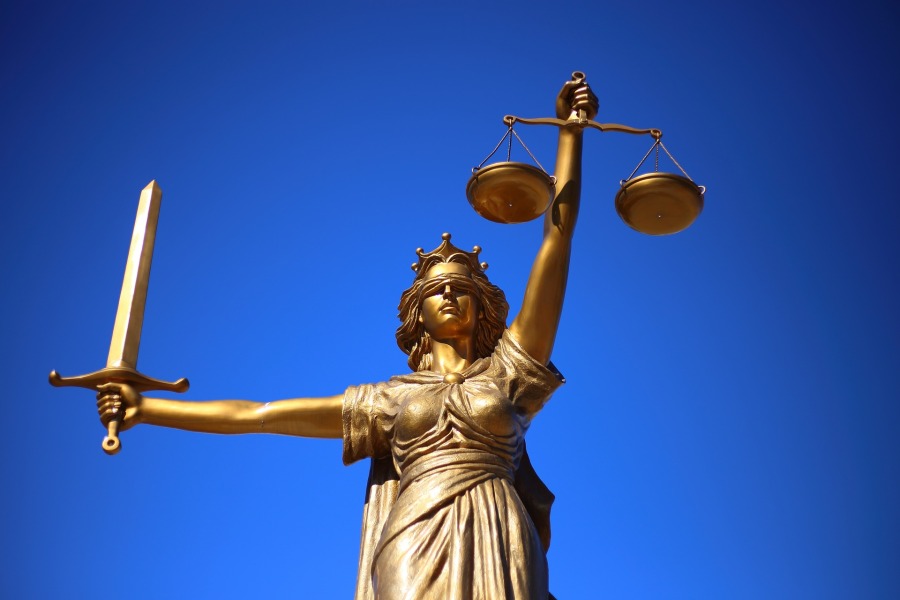 I’ve taken the liberty of treating the adjective imperious as if it were a noun because for some reason it reminded me of the word Aquarius. That brought to mind the Age of Aquarius song. Imperious means assuming power or authority without justification, which reminded me of you-know-who.

Oh, it’s let Mueller time, c’mon
Now all who love truth sing along
Truth and justice will march on
Speak truth to power and watch truth march on
When you’re discouraged, let truth march on
We’ll wake from this bad dream and truth’ll march on
And when you feel like you’ve been lied to
When the arc of the moral universe seems too long
Just remember it bends to justice, and let the truth march on